The Spiritual Approach to Organisation and the Regeneration of India – M.S. Srinivasan 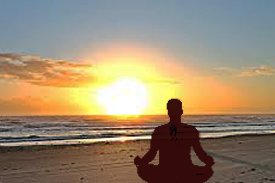 In modern civilisation, men work on the surface. The mind is the surface of existence; they work on the surface and they try to find the Truth that is behind by studying more and more deeply. Whereas the true method is to enter into direct contact with the inner Truth, and impelled by that, guided by that, to make an outer construction which is not a seeking for the Truth, but a creation of the Truth; that is to say, the Truth-force realises itself outwardly through the human instrument.

The method of the mind, especially the western mind starts from the outer life. You discover an idea by reason, experience or mental intuition and immediately rush out to apply it in outer life When you encounter problems or difficulties, try to find the causes and the remedy, which leads to a deeper, wider and nobler idea; again apply it, run into problems, finding a new idea—and you progress in this way. But the spiritual method of ancient Indian seers is a direct spiritual intuition of the deepest, highest and universal Truth of life, Sanatana Dharma, and every aspect of life, and based on it, organise life or society in such a way it may express the spiritual intuition or vision as much as possible, according to the evolutionary condition of the age or society, Yuga Dharma. The ancient Indian ideal of life, like the four-fold social order, four stages of life, and the four aims of life are in their essence based on this spiritual intuition but given a form which is suitable to the vedic age. In this spiritual approach progress means constantly rediscovering the original spiritual vision through intuition, experience and inner realization, give it new forms in though and life and try to express it better and better, with more and more efficient, flexible and receptive forms and instruments.

This brings us to the question if Indian civilisation is spiritually inspired why there were degenerations like the rigid casteism? There are many causes.

The first factor is that every civilization passes through a cycle of birth, growth and decline. This happens because our human organism, both individually and collectively, operating within the limitations of ego and desire can’t bear or sustain the initial spiritual influence or idealism for long. This is the reason why spiritual experiences or inspirations do not last long.

The second factor is the cyclical methods of Nature in steering human evolution. In the early Vedic age, Indian Civilisation came very close towards building a spiritualized society. There was a widespread spiritual seeking in every section of the society, where people from every level of the social hierarchy from the illegitimate son of a prostitute to merchants, kings and hermits sought the highest spiritual truth. But in this age, the other faculties of human consciousness like the intellectual, ethical, aesthetic and pragmatic remained either underdeveloped or partially developed. In the subsequent ages of Indian history, Nature took up these faculties for a fuller development leading to a rich flowering in philosophy, art, literature, organization, but with a certain amount of veiling or dilution of the original spiritual vision which gave birth to the Vedic age and the Indian civilization. This spiritual vision of Vedic sages was integral, comprehensive and life-embracing where human life and society was viewed as a progressive expression of the divine Being. In the later ages, the spiritual impetus given by Vedic sages remained as a general influence, but the integrality is lost due to the advent of the powerful but narrow world-denying spirituality with its rather exclusive focus on personal salvation. As a result, most of the spiritual minds of ancient India, instead of remaining as pillars of light for the spiritual transformation of society, withdrew from the world for their lonely salvation. And at a certain stage even the thinking mind and vital energy, which remained creative and vibrant in the earlier stages, lost its vigour. This is the beginning of the decline of Indian civilization, ending in the oppressive caste system and foreign invasion.

However this decline was not entirely unavoidable. We can discuss what could have prevented the decline. But a better approach would be to look into the future and ask what India has to do to build a more sustainable spiritual civilisation, which can be a spiritual role model for all nations and the world in the future. To achieve this great mission, India has to rediscover the spiritual principles of education, development and organization which we have discussed earlier. The mission involves the following difficult and challenging tasks: