Sufi and the Child-M.S. Srinivasan. 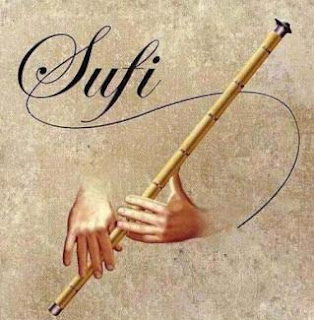 One day I went with my Master to the shrine of the great Sufi Jalal-Udin-Rumi. We were sitting, in the vast hall of the shrine in which the relics of the great Saint are believed to be kept. I turned and looked at my Master. He was sitting with a calm, impassive and expressionless face looking at the devotees coming, worshipping and going. The atmosphere was serene, calm, and pious. A young couple arrived with their child and stood near the gate of the hall. All of a sudden, the child, probably three or four years old, started laughing with great joy, and running and jumping within the hall with great energy and delight. The young couple were taken by surprise by their child’s behaviour. The child ran towards the relics of the Saint, looked at it with his wide enamoured eyes, again started running, jumping and laughing. I turned aside and again looked at my Master. He was looking at the child with a luminous, glowing joy in his face, watching every movement of the child with great delight. Then suddenly he closed his eyes and plunged into a deep trance with a beatific smile on his face.

But the other people in the shrine were very much annoyed at the child’s behaviour. The parents of the child were trying to catch him who is creating a pandemonium in the shrine. After a few minutes, the guardians of the shrine arrived at the scene and they were speaking to the parents of the child in a grave and harsh manner. And the couple were still trying to catch the frolicking child, saying something apologetic to the guardians of the shrine.

At last somehow the mother of the child was able to catch the bubbling cute little boy, angrily hauled him to her bosom and the couple and the child hurriedly left the shine.

I let out a big sigh and looked at my Master. He was still in his beatific trance. I looked around the shrine and everything was back to normal, calm and serene. After a few minutes, my master came out of his trance.

We were there in the shrine for some more time and left the place.

When we came out, my Master asked me, “Rahim, have you felt something”.

I replied, “Nothing special, except it was very peaceful and serene”. Master shook his head and said, “No, it is not that”. I queried, “Have you felt something”. My Master again shook his head.” Felt? —- God!—- You are so insensitive— When that child was there in the shrine, the spiritual presence of the great Sufi was manifest; it was there massive, vast, compassionate, concrete; it was manifesting through the innocent purity of the child. He was there Rahim, the great Rumi was there” Master’s voice was soft with a sublime reverence. “When the child is there” Master murmured softly “the whole shrine was permeated with a pure and profound Spirituality. But when the child left, everything gone. Again there was Religion, lifeless worship, sterile devotion—–”

The Master’s words left me stunned. But I muttered my doubts “But Master, I am not able to understand one thing, You are a spirituality advanced and enlightened person. When you are there in the shrine, why the great Sufi preferred to manifest through that little child?” Master shot back with a tinge of anger “you are talking filth, Rahim. All are equal in God’s vision. And it is His Will. He knows where, how and in whom to manifest. He can manifest anywhere, in the pure as well as in the impure, in the saint as well as in the sinner. For there is no one in the world however dark and depraved he may, who does not have a pure little corner which is open to God. Perhaps, he found the spontaneous innocence of the child much more divine and holy than my laboriously built sainthood. You cannot flaunt your holiness and spirituality before Him and say, ‘I am a noble and spiritual person sitting here and why not you manifest through me’. Besides what is the value of the holiness or spirituality of human mortals like you and me before the eternal and infinite purity of His being? Are they not like fireflies before one million blazing suns? In fact, in God’s vision the holiness of our saintly egos are as poor as the unholiness of a sinner. So learn to feel and take joy in wherever He manifests. And remember He cares little for your virtues or holiness.” I tried hard to keep my mind silent and assimilate the significance of the master’s words. But my curious mind popped up in response to his last words and asked “It He doesn’t care for our virtues, what then He cares for in us?” Master answered ruefully. “That is difficult to put into words. Perhaps a total, sincere and trustful surrender to Him. But they are mere words. It is not the submission religious people talk about endlessly. In fact, I would say that to learn this total dependence on God is the very essence of the Sufi path.”

Yes, it took me long, very long to know from my Master, the true significance of depending on God for everything and put into practice. And I am still learning.